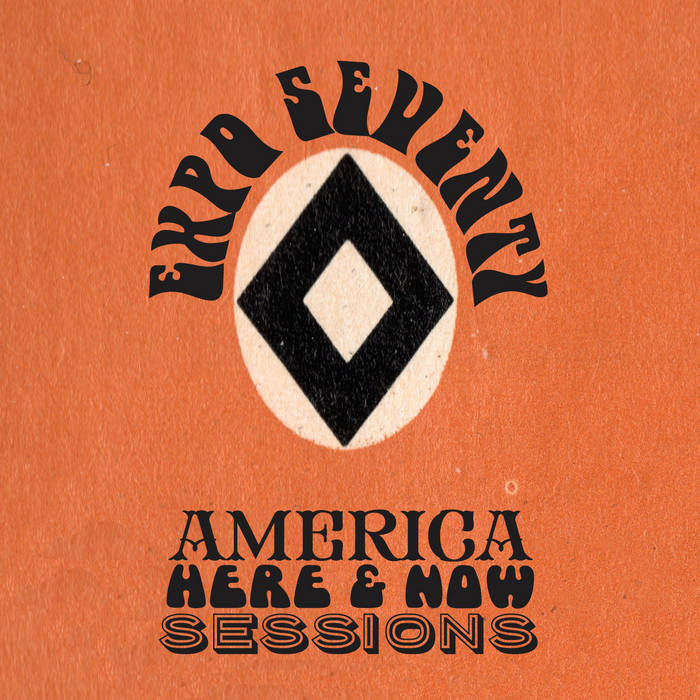 essence-music.com
Expo Seventy is back on Essence Music with the mastermind Justin Wright bringing together a rare line-up featuring two drummers. The four-piece only lived during a short period of time and the thunderous experiments achieved by these unique sonic hypnotists are fully presented here.

With an impressive discography of transcendent kosmische drones, slow-burn psychedelic magnetism and heavier sounds behind him, Wright decided to set a new milestone with America Here & Now Sessions. Freely touching distant, dark corners of the cosmos where the sun shines timid, the band slowly builds two long movements of truly mesmerizing, free-form quality that propels the listener even higher to maximum altered state of consciousness.

America Here & Now Sessions was recorded during the three-week art experience started in Kansas City featuring paintings, sculptures, poetry, plays, films and music from local and national artists called "America: Now And Here - A cross-country traveling dialogue about America through the arts". Local musician Ashley Miller spearheaded a recording project that featured a handful of local acts to record some music that would be later edited together and released as an album. The project lost funding, but Expo Seventy was able to record as part of the art experiment.

Available on the following formats and editions:

- SPECIAL EDITION:
Strictly limited art edition of 119 hand-numbered copies, which comes with: The vinyl edition on an exclusive color variant - WHITE wax (housed on BLUE pack); A large hand-drawn/silkscreened fold-out poster; The CD edition; An exclusive bonus album called “Beyond From Where We Started From”, with recent trio-mode Expo Seventy free jams of the highest order. Everything housed on a beautiful hand-stitched/silkscreened cloth bag.

Bandcamp Daily  your guide to the world of Bandcamp

New sounds from Mavi, Ivy Sole & Moderator, plus AJ, the One joins the show, for her latest release